Congratulations to all the selected films in Kadoma International Film Festival 2020! The award announcements such as Best Films, Best Actors & Actresses, Osakan Governor’s awards, and Kadoma Mayor’s awards, will be held at the last day of the festival, August 15th (Saturday).

The screening will be held from August 13th (Thursday) through 15th (Saturday) at Kadoma Civic Cultural Center Lumiere Hall in Osaka!

Over 1000 videos submitted from 44 countries and regions around the world in 12 languages!
We proudly present the best films as our official selection. 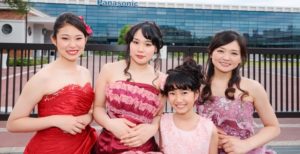